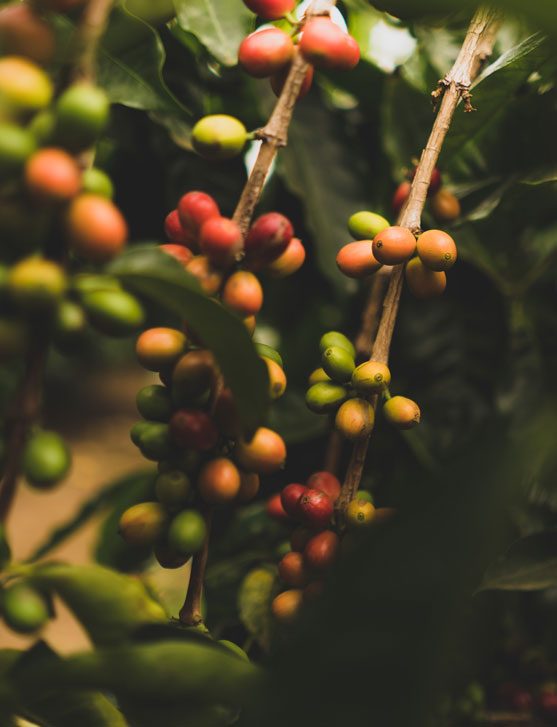 The History and Practice of Environmental “Fairness”

When most folks think of environmentalism, we might imagine donating to nature conservancies, participating in climate strikes, or turning off the tap water while brushing our teeth. Each of these actions, big and small, is a reflection of our modern historical moment and they certainly feel necessary for cultivating a better world.

However, to be an environmentalist is to care just as much about people as we do about the planet. After all, one of the primary purposes of “saving the planet” is so that future humans will have a beautiful, habitable place to call home.

Unfortunately, this message is often overshadowed by the pleas from animal rights activists, national park goers, and renewable energy initiatives—which tend to be ecocentric in nature. While these pursuits are absolutely critical to the environmental movement, one word seems to get lost in the mix in a way that shows its vulnerability and potential disingenuousness.

That word is “fair.”

Whether it’s an issue of “trade” or development,” modern environmentalists embrace mitigating the social and economic injustices that have characterised the history of globalisation.

But what does “fair” mean in these contexts? Is it possible that “fair” has become just another packaging buzzword, like “natural” or “healthy,” which has gained social and political traction without sufficient action to back it up?

Let’s take a brief look into where these uses come from, how they’re being used today, and how they might help us to become evermore conscious environmentalists and consumers.

The Origins of “Fair Trade”

When you’re perusing the aisles of your average (or favourite) supermarket, you’ll probably notice that most of the items you come across are not designated as “fair” products. Then why do other products even need this label?

The most basic answer is that in order for some goods to be designated “fair,” there must be other versions of that product that deserve the designation “unfair.”

Does this mean that every unlabelled product has been grown, harvested, or manufactured “unfairly”? Of course not! However, it does mean that in certain industries, “unfair” practices have been historically, or contemporarily, linked to these products.

The earliest references to “Fair Trade” can be found in the 1940s in the United States and the following decade in Europe. The original objective of the introduction of “Fair Trade” was to replace the practice of sending “Foreign Aid” to developing nations with an opportunity for those nations to enter into the international market on their own economic terms.

From the perspective of local harvesters and their unified economies, receiving “Aid” from wealthy nations was like putting a bandaid on a severed limb. They wanted a chance to increase and maintain their own wealth in exchange for the goods that were native to their territories.

You’ve also probably noticed a pattern among most “Fair Trade” goods. Coffee, chocolate, tropic fruits, rice, sugar, tea, precious metals, and clothing (fabrics and manufacturing) tend to come from countries without the same labour protections commonplace in the “developed” world. This is no accident.

There are two factors contributing to this historical and contemporary injustice. The first is that following the European conquest of the Americas, global northers became accustomed to the availability of certain goods in their lives. What were once considered luxury foods for the wealthiest Anglo-Saxons—e.g., the banana—became symbols of a rising middle class. Their presence in every household was a testament to the progress of European societies. Unfortunately, this “progress” for some came with consequences for others.

The other reason certain goods can be exported vast distances at seemingly little cost to the end consumer is because of a lack of legal representation for the ones actually doing the work. When workers in the global north unionised for safer working conditions, health insurance and shorter hours at the turn of the century, they also negotiated for higher wages. As workplace protections in Europe and the United States improved for the average citizen, the ability to provide “cheap” goods to a growing population needed to be outsourced where such considerations did not factor into the equation in quite the same way.

Therefore, the practice of paying workers pennies per hour was exported to places where such socio-political revolutions had not yet taken place. In effect, those countries, ravished by colonialism, faced a second wave of oppression when northern workforces began improving their conceptions of human rights.

The implementation of “Fair Trade” labelling has been one attempt to confront and mitigate the historical harms caused by colonialism. And since agricultural production is a leading contributor to the climate crisis, this issue concerns all of us – not just those at the sharp end of the deal. But more than that, it is important for environmentalists, who are so often the defenders of the life and wellbeing of non-humans, to care just as much about the livelihood of those in other cultures—especially ones that are responsible for feeding us.

Unlike the Fair Trade labels that line our supermarkets, discussing “fairness” in the context of development is a bit more complicated. For starters, “Fair Development” isn’t exactly an industry-leading term. Instead, fairness is more of an implied criteria among many of the United Nations Sustainable Development Goals (SDGs). This makes it a little harder to pinpoint how “fair” is being used in this context. It can also be unclear exactly what “development” means, who’s advocating for it, and how it manifests worldwide. Each of these concerns is largely contingent upon who you ask.

In the 21st Century, “development” is synonymous with “progress.” The way we measure a country’s success is through its economic capacities. This is also known as a country’s Gross Domestic Product (GDP)—or “the monetary value of all finished goods and services produced within a country’s borders.” While there are many who argue against using GDP as the standard for a “successful economy,” it still receives wide use from nearly all serious economists. But the opponents of GDP might be onto something.

For one, the definition of “development” is quite restrictive. It’s a concept that describes a certain kind of human society—a European one—and implies that any country that wishes to get on board ought to follow a similar pathway: Urbanisation.

Additionally, European nations historically used their colonies abroad to inflate their domestic wealth, while simultaneously subjugating the very populations that made them wealthy in the first place. Fast forward to the present and we have a situation where one portion of the world’s population got a “head start” on development at the expense of those who are now considered “undeveloped.”

It’s also important to ask for whom is “development” beneficial. On the one hand, we might be tempted to say that “undeveloped” economies should be grateful for the opportunity to participate in the global market. But it’s not that simple. For example, take the North American Free Trade Agreement (NAFTA). When NAFTA was signed in the mid-90s, it was presented under the pretence that it would have a positive impact on all countries involved. In reality, NAFTA led to the displacement of over 1 million Mexican farmers within a decade, as well as leading to the deterioration of Mexican soil from the overuse of fertilisers to keep up with market demands (though it should be noted that NAFTA also negatively affected US workers).

There are many similar cases of countries in the Global South feeling pressure to compete in international markets. They often must resort to environmentally harmful practices such as mining for precious minerals, deforestation for agriculture, and fossil fuel extraction, as they are the most internationally lucrative industries. The result is “developing” countries exacerbating their own natural resources, and often to the profit of foreign investors rather than to local communities.

Needless to say, the “fairness” of international development is not black and white. In the short-term, environmentally harmful industries, such as mining in South Africa, can have immediate positive impacts on, and may even be favoured by, local economies. These activities provide jobs, attract international investors, and even present an opportunity for developing nations to set their own terms when entering global markets. But such industries still have devastating long-term effects, both on the climate and on workers’ health.

The one question that rarely enters into such debates is, “What makes a country poor?” When we take the classification of GDP at face value, we forget that there are other ways of living that don’t look like London or New York City, and can still constitute a perfectly fulfilling human experience. If we are uncritical of our own assumptions about what the citizens (and not just governments or corporations) of “developing” nations want, then we begin to enter the realm of cultural imperialism—wherein the European way of doing things must be the best way of doing things. But that sounds like the words of a conquistador 400 years ago. We should all hope to be more open-minded than Christopher Columbus.

The Long Road to Fairness

Investigating “fairness” in environmentalism sends us quickly down the rabbit hole. As our world becomes evermore connected through social media, experiences and study abroad, ecotourism, and the like, we might begin to realise how alienated we’ve become from the political and industrial processes that shape our experience on Earth.

With terms like “Environmental Justice” becoming more commonplace in public discourse, it is possible that we will continue to uncover more uses of the term “fair” to describe international economic relations. The introduction of “Fair Trade” and the struggles inherent in “fair” development are signs of the tide turning toward a more politically inclusive globalisation. And, hopefully, a more efficacious environmental ethic.

What is important for us to recognise as participants in the global economy—by way of consumerism—is that what appears as “progress” from one perspective might be viewed as “injustice” from another. It is all the more reason that we remain diligent in our efforts to illuminate commodity chains and be ready to listen to how our lifestyles, for which we are grateful, might be negatively impacting, and in some cases oppressing, others. After all, how can we begin to know what is “fair” if we don’t even know the story behind the clothes we wear or how our food reaches our plate?

This information is provided for educational and entertainment purposes only. We do not accept any responsibility for any liability, loss or risk, personal or otherwise, incurred as a consequence, directly or indirectly, from any information or advice contained herein. Live By may earn compensation from affiliate links in this content. Learn more about our editorial standards. 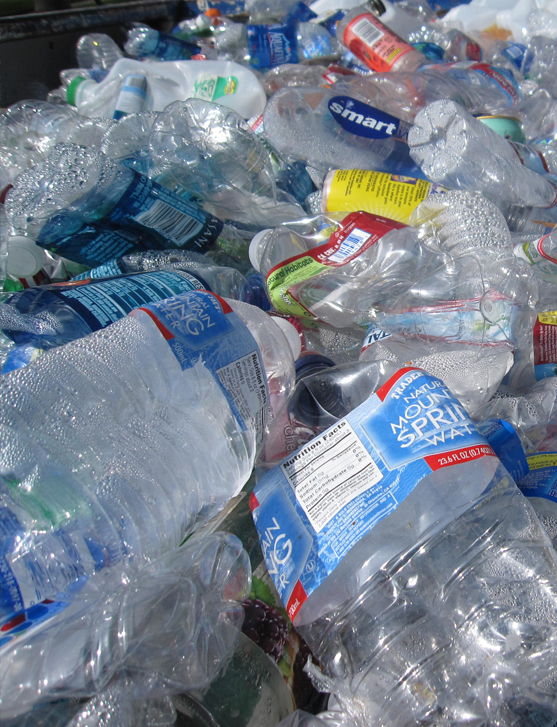 Plastic: The Good, The Bad, and The Ugly 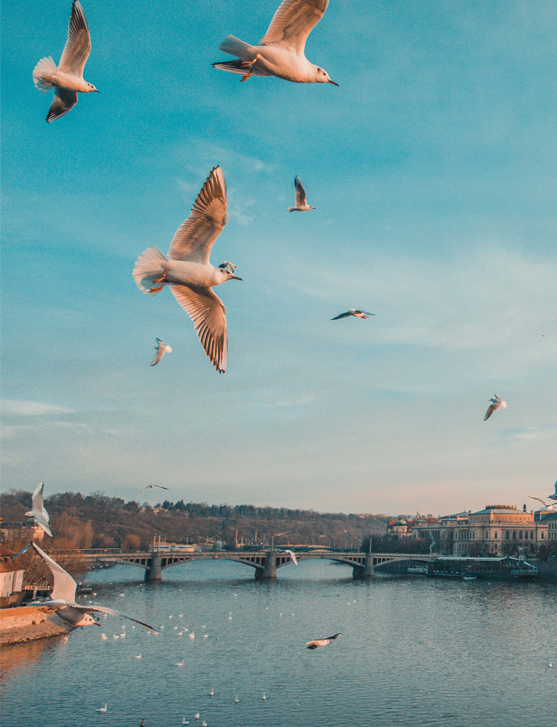 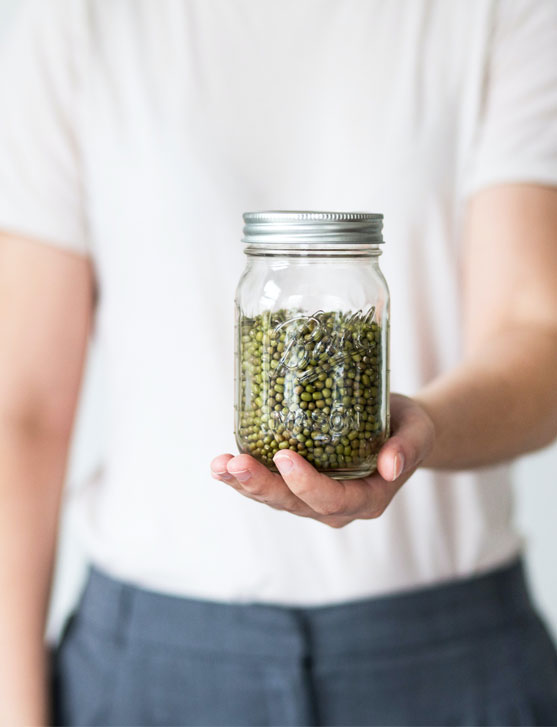 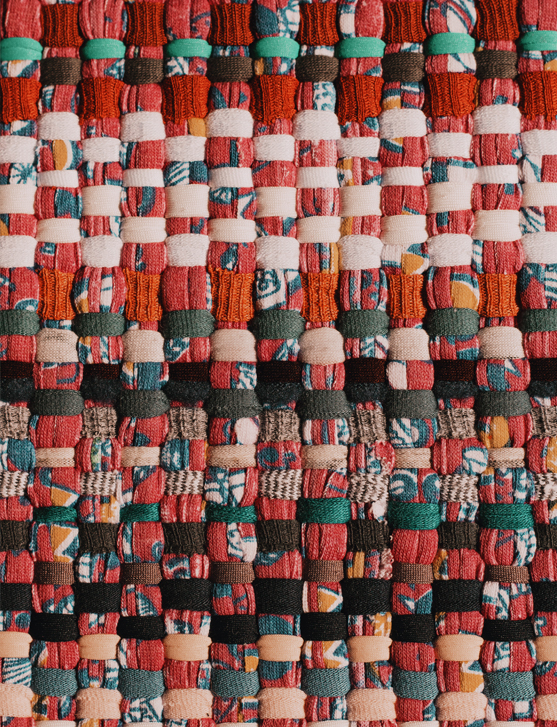 What’s In a Name? Ethical Badges, Certifications, and Labels Explained 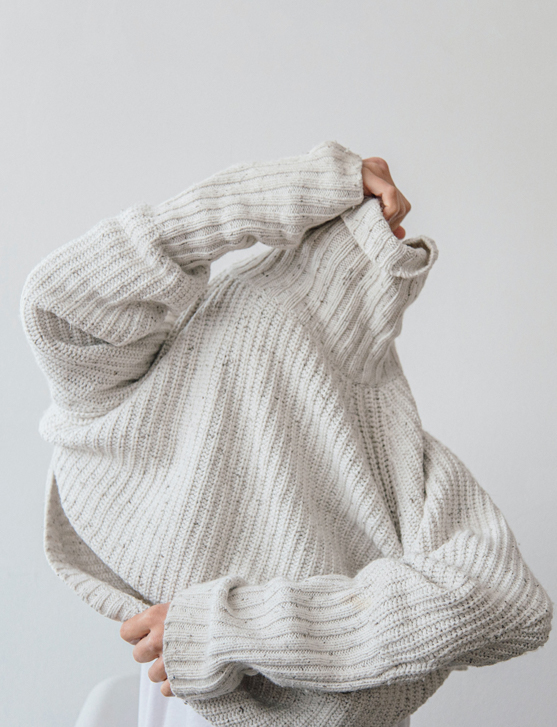 Should You Go Organic? What the Term Means For Beauty, Fashion, and Homewares 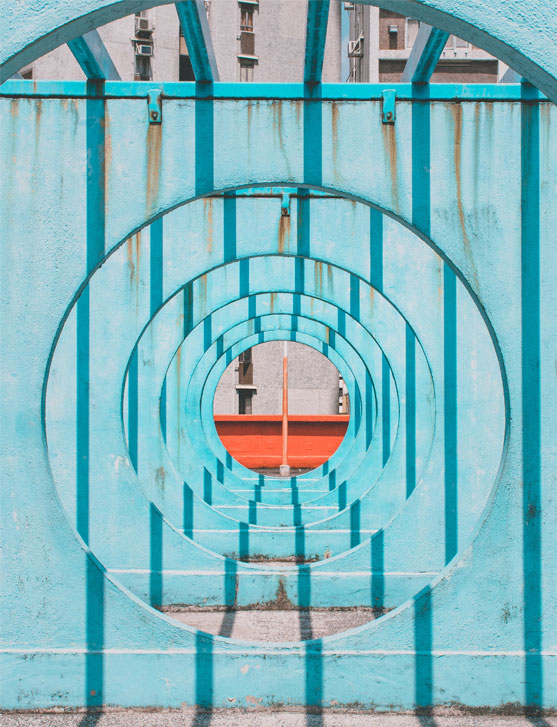 What is a Circular Economy and How Would it Make Things Better? 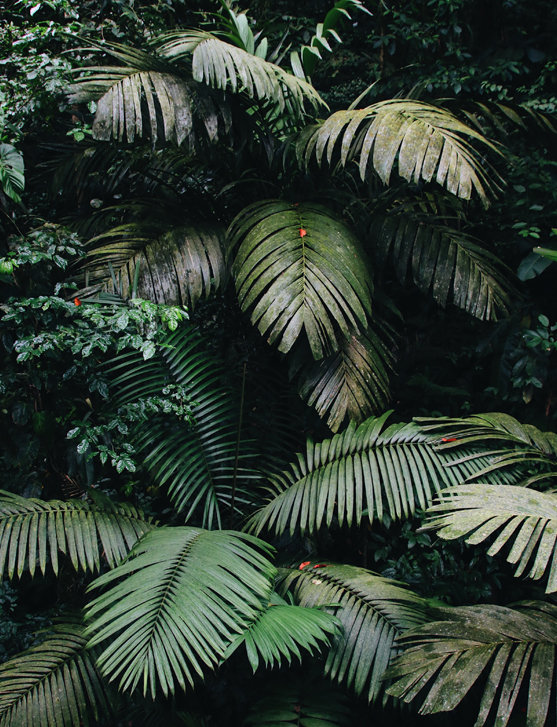 What Is Biodiversity And Why Is It So Important? 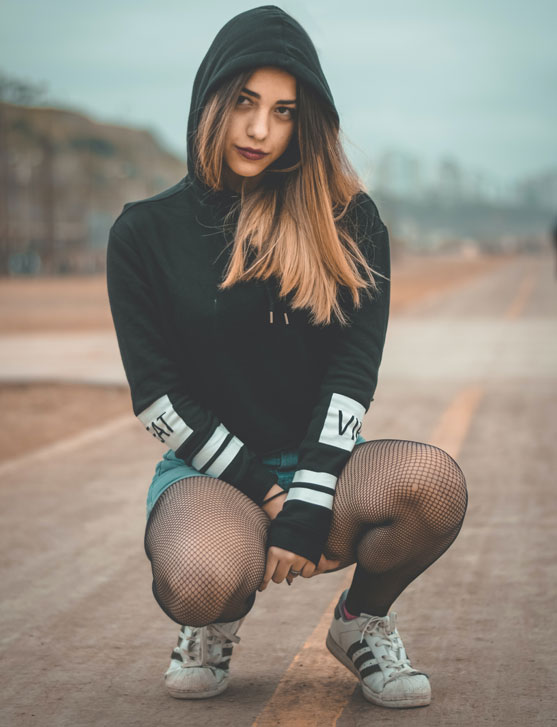 Disclosure: Live By earns an affiliate commission on the sales of products featured or otherwise linked to on our site. We carefully consider all products and only feature those that meet our criteria - you never pay more ✌️

We're here to shake things up

As we turn ‘business as usual’ upside down